Chronicles of a Russian Espionage Operation in Tunisia

Written and directed by

[This article was translated and read in Tunisian]

Through the cooperation of several Tunisian officials, two Russian spies managed to obtain countless official documents and information about third parties over the course of five years ( 2012-2015).

These officials provided them with civil status records, birth and death certificates, as well as the marriage and divorce certificates of both Tunisian nationals and foreigners. They were also able to provide themselves with blank administrative documents, family records and stamped documents, certifying that ' the copy is verified and original'...

A few weeks before the operation ultimately failed, they managed to obtain a birth certificate under the name of Meriem Ben Idriss, born in 1986. It came to light during the judicial investigation that this woman never actually existed. She was an urban myth, most likely created to serve as a fake identity for an ' Illegal' or ' clandestine spy', an espionage technique that Russian intelligence services are particularly fond of.

To achieve their objectives, Mikhail and Karim tried to establish personal and regular relationships with their targets. Between intimate coffees at hotels in Bizerte and social dinners in La Marsa, they would inquire about administrative procedures or specific documents, and even be on the lookout for particular people of interest.

Read the article on Inkyfada 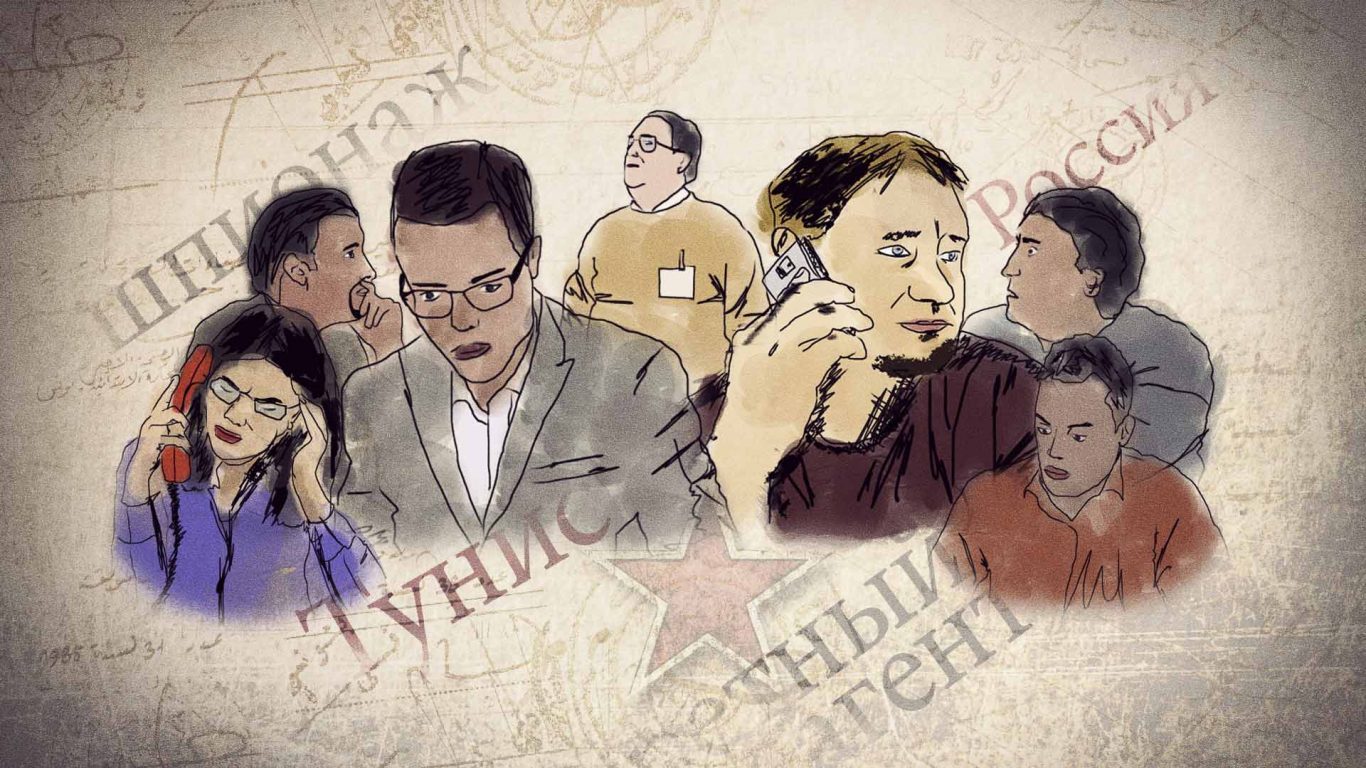 Chronicles of a Russian espionage operation in Tunisia

Inkyfada Podcast is the first platform entirely dedicated to original Tunisian podcasts, and was conceived by Inkyfada media in collaboration with the in-house research and development laboratory, InkyLab. Inkyfada joined the global podcast boom in 2017, when the team produced the first Tunisian audio documentary, diving deep into the belly of the El Kamour struggle taking place in the desert. Since then, Inkyfada Podcast has produced a wide variety of documentaries, investigations, and podcast series, as well as articles accompanied by music; covering a multitude of contemporary issues in order to offer an immersive and alternative podcast experience. Whilst exclusively offering audio content, the Inkyfada Podcast team upholds the same core values and principles of inkyfada.com, and is committed to producing high quality content though a dynamic and meticulous production process. In addition to the permanent team, Inkyfada podcast works closely with various journalists, artists, illustrators, musicians and other content creators in order to diversify the platform and support artistic creativity. These podcasts differ from traditional radiophonic content in that the applied production and editing process is more akin to cinematographic techniques, in addition to being web-based, downloadable and accessible on demand. Additionally, Inkyfada Podcast uniquely offers subtitles in French, Arabic and English for all audio content, the majority of which is recorded in Tunisian or in the preferred language of the speaker in question.

Our podcasts are also available on:

Subscribe to our newsletter and receive the latest updates.

Your email address is only used to send you inkyfada podcast newsletters. You can use the unsubscribe link integrated in the newsletter at any time.