With the advent of war, hundreds of Tunisians decided to leave Ukraine, fleeing the fighting and bombing.
Written by
Nissim Gasteli
| 03 March 2022 |

"The fatigue, the fear, a very tough experience, but thank God I'm OK", a Tunisian student told Mosaïque FM in the terminal where children and families were gathered, exhausted from the ordeal, and relieved by their return. "It's the first time that we have experienced a situation like this, that we have experienced a war. We have seen people die in front of us [...]. It's a situation of war where anything is possible", reports another.

This is the second flight of its kind flown out of Romania. On February 28, a C-130 belonging to the Tunisian army flew about 100 people back to Tunis. There will be other flights in the next few days, "until we have evacuated everyone", said Mohamed Amine Smeti, a member of the crisis unit set up by the Ministry of Foreign Affairs.

According to him, the majority of Tunisians in Ukraine are already on their way back: either they have already been repatriated, or they are in Romania or Poland awaiting their flight back to Tunisia, or they are waiting to cross the Ukrainian border.

Subscribe to receive the latest Inkyfada publications straight to your mailbox.

Thanks for your inscription

Unsubscribe at any time 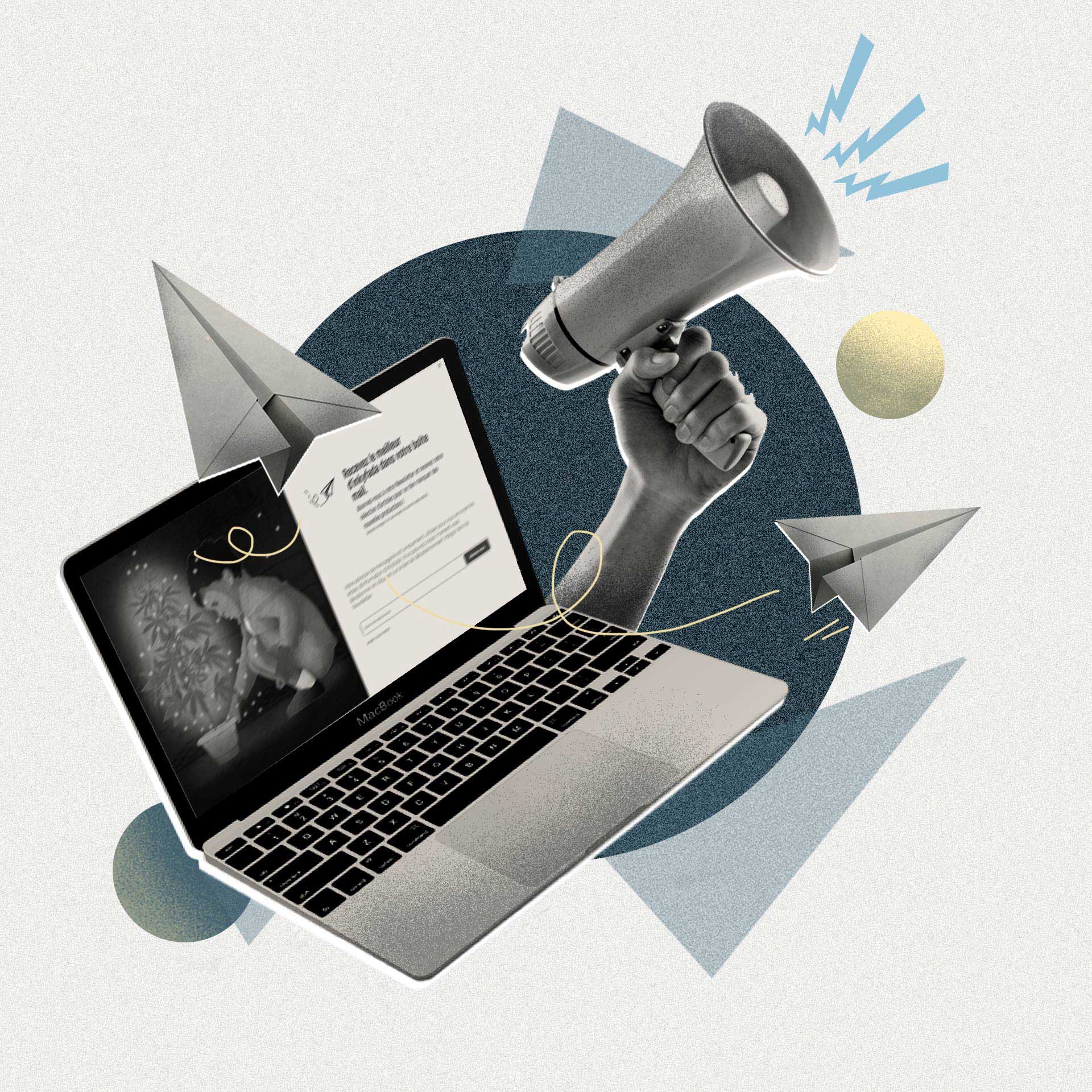 Leaving Ukraine at any cost

At least 1,500 Tunisians were living in Ukraine when the war broke out. On February 24, Russian troops crossed the border and attacked the country on several fronts. Ukrainian airspace, the site of intense fighting between the air forces of the two countries, was closed off. The only escape routes are the western borders, and hundreds of thousands of people are being thrown into exodus.

"Planes above our heads, bombings... We have to flee from here, head for refuge, leave this refuge and continue along the road, etc.", a Tunisian student told Mosaïque FM upon his arrival in Tunis. She fled Kharkiv, the country's second largest city, which has since been shelled by the Russian air force: "Even when you leave the city, you don't know what might happen to you on the way, for more than 1400 kilometres."

"The hardest part was getting to the Ukrainian border", says another. "We walked more than 40 kilometres with our luggage. We were subjected to a lot of abuse, we didn't even feel like human beings anymore."

During their flight, Facebook or Telegram groups (both pre-existing and created for the occasion), allowed the Tunisians to get organised. They were guided by various people such as Mohamed Amine Smeti, officials such as the Honorary Consul or Tunisians living in neighbouring countries.

"We tried to evacuate people before the war", says Mohamed Amine Smeti, who used to work with the Odessa Polytechnic University and assisted foreign students in particular. He estimates that about "600 to 700 students" had already left the country before the Russian invasion began. Samar, a medical student in Dnipro (central-east), confirms this, as she was able to return to Tunisia before February 24.

"They downplayed the risks", she says. "All the embassies said it was risky - except Tunisia."

On February 11, US president Joe Biden announced that Russia might strike on the 16th, so she and some other students decided to leave the country. Despite soaring airfares, she eventually found a flight back via Paris.

Around the same time (on February 15) the Tunisian Ministry of Foreign Affairs called on "the Tunisian community in Ukraine to show the utmost 'vigilance' and 'prudence'" .  The MFA also said that it was in contact with the Ukrainian authorities, who stated that "the situation in the country is normal" and "not a cause for concern for the Tunisian community, especially students", since courses were continuing as usual in Ukrainian universities and flights to and from the country were still operating.

It was not until February 20 that the Ministry of Foreign Affairs timidly called on Tunisian nationals in Ukraine to "take the necessary measures while travel to Tunisia is still possible".

The situation is also further complicated by the fact that Tunisia does not have an embassy in Ukraine. The embassy in Moscow is responsible for Ukraine, relying on an honorary consulate and associations of the Tunisian community in the country, but there is no diplomatic representation in Ukraine.

For Mohamed Amine Smeti, the MFA did not minimise the threat. "Nobody knew when the war was going to start", he says. He blames the Ukrainian universities, which maintained the requirement of physical attendance, preventing students from leaving the country. "We tried to get permission from the universities to study online so that students could leave the country", or else "they would have risked failing their year".

This information was confirmed by Samar. When she decided to leave Ukraine, her courses at Dnipro were still in person, and remained so until the attack.

Students who are still stuck

When the war broke out, "the crisis cell was created", says Mohamed Amine Smeti. They met with the Ministry of Foreign Affairs and the Tunisian embassies in Russia, Poland and Romania, Tunisian civil society actors in Ukraine, and external actors such as Tunisair.

All these actors are coordinating to enable those who want to leave the country to do so. While the majority of Tunisian students are in the process of leaving Ukraine or have already done so, a handful are still stuck, particularly in the regions that were hit the hardest.

Fourteen nationals are reportedly stuck in Soumy, and several others in Kharkiv, two cities located about thirty kilometres from the border with Russia and which were severely affected by the Russian offensive.

For the time being, it is not possible to "take the risk of getting them out of there", says the member of the crisis unit. "We are negotiating with the Red Cross so that they can provide a humanitarian passageway".

Othmane Jerandi, Minister of Foreign Affairs reassures: "We know where every Tunisian is, and where they are at this time", he told several media from Tunis-Carthage airport, as they were hosting the second repatriation flight.

"At the moment, there are talks with Russia to potentially repatriate them through Russia", he added, adding that "there are also consultations at the moment between the embassies of Tunisia, Algeria, Morocco, and even Egypt, for a common approach to the Russian authorities".

A country that welcomes many students

Ukraine used to welcome many foreign students to its universities, especially for medical and pharmaceutical studies. "It is the cheapest country in Europe to study medicine and it accepts all averages", says Samar who did not have the grades to study medicine in Tunisia. Ukraine allowed her to do so.

In October 2020, she moved to Dnipro to study general medicine. There, she appreciated both the lifestyle and educational environment. "You feel at home", she describes. In this city of almost one million inhabitants, "there were many Tunisians, but also Moroccans and other Arabs".

All in all, about 76,000 foreign students were living in Ukraine. When the war broke out, many of them fled to the west and neighbouring countries. Across the European borders, there have been several reports of discriminatory and racist treatment of foreigners.

"It was a nightmare, frankly, the police were not at all sympathetic to foreigners, especially black people", Theresia Kabimanya, a Congolese student, told Le Monde. "They called us names, they pointed guns at us, they shoved us around."

To bring these students back, several countries, such as Tunisia, have organised repatriation flights. Morocco has announced that the national airline Royal Air Maroc will operate several fixed-fare flights to Bucharest, Budapest and Warsaw to repatriate students to the kingdom. Algeria and Libya are organising similar operations.

.According to the High Commissioner for Refugees, Filippo Grandi, faced with war and the accompanying humanitarian crisis, at least one million people have left Ukraine to seek refuge in neighbouring countries. This number could reach up to 5 million, according to the UNHCR.

With the collaboration of

Translation
inkyfada.com is a project of the association Al Khatt 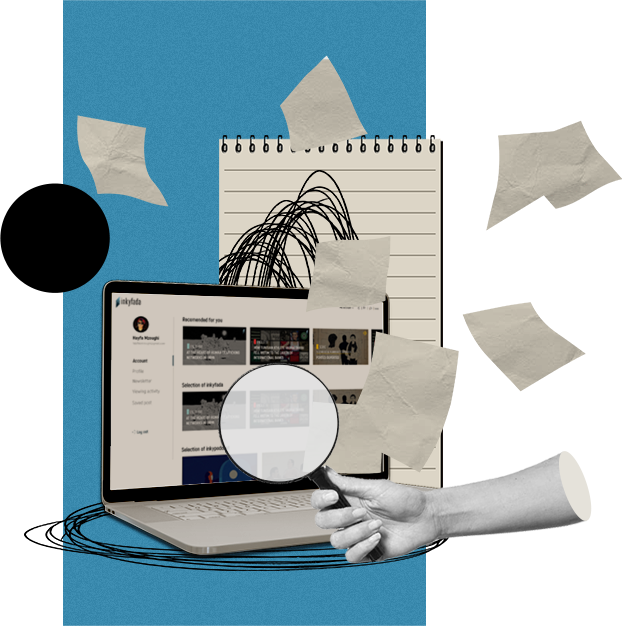